Text Björn Bischoff
Rian Treanor makes music that is both challenging and fascinating. In this sound he completely disappears as an artist. Beats race according to certain patterns. Everything reshapes itself every second. With only two albums, Treanor has established himself as an »algorithm musician«. Only what does that mean?

Rian Treanor does not just make music – he creates his own cosmos. This may seem exaggerated and Treanor would not agree. But there is, for example, his second album »File Under UK Metaplasm« from two years ago. Beats and patterns hyperventilate there on nine tracks. Everything moves here in every second. There are no melodies, no recognition values. It is just pure sound from the machine. The artist disappears completely behind it. Or at least that is how it sounds.

Treanor explained his approach to the British magazine Mixmag three years ago like this: »I’m into making software and interfaces, weird rhythm sequences or pattern generators, and building things from that level up. I usually get more ideas from that method, but I also do it completely opposite sometimes, just bashing keys and trying to make a beat that way. Both ways can be rewarding. «

What does the algorithm do with music?

Treanor is under special observation of the academic art world as the son of Mark Fell. His work and influence in this field can only be outlined here but Fell released a series of groundbreaking albums for this niche of electronic music. Or in short: He brought together electronica, club, and algorithmic systems. (Fell’s work is not limited to music, however.) Treanor quickly knew that his father was making music. But first he got involved with electronic music himself, with techno and rave. At the age of 16 he was already making his own music. And slowly the connection to the work of his father came to him.

Rian Treanor
A Rational Tangle
from 12.99€

However, Treanor, born in 1988, then studied neither programming nor music theory. He developed his style from DJing and producing his own techno sound. And inevitably the conversation with him comes to the programming language Max/MSP. This was also the case in a big article about Treanor in the British DJ Mag two years ago. But what exactly is Max/MSP?

This is a visual programming language. Or more simply: boxes and objects can be arranged and linked on a surface. And then do what there. You can add sliders, filters, and buttons. And operate them all. An integrated development environment for real-time processes is what the American software company Cycling ’74 calls this programming language, which can do anything. »Max/MSP is a really great tool for figuring out how to build things from scratch and try to get to grips with things at a lower level«, Treanor says about it in an interview with DJ Mag.

No hierarchies. Only music. In a cosmos of its own, in which everything else merges.

Already while he was studying fine arts at the University of Leeds and working with different artists there, he chose Max/MSP, as he once told Resident Advisor. Because in Max/MSP he could create interfaces and change music instantly. As Treanor himself puts it today: »Using the programming language Max/MSP he develops bespoke software to explore extended rhythmic techniques and algorithmic processes, building devices that enable spontaneous pattern modulation within various collaborations, workshops, live performances and installations«. Only: What does the algorithm do with music?

Composition with an algorithm is widespread, especially in academic circles. So, it’s more of an art gallery than a club. However, no one knows exactly how algorithmic composing defines itself. A simple definition is: techniques that create and persist music without human intervention. In Max/MSP, for example, you can build in a simple random number generator that throws out numbers in the range of MIDI note numbers. (Which is a quite simple example. It can be much more complex).

Sounds flicker through the brain

Treanor today uses his art and music to bring people together. Even the British Guardian devoted a portrait to him a year ago. In it, the Brit talks about Lockdown, his family and various projects. Before the Lockdown, he had worked with 100-year-old residents in a nursing home in Paris – and in another workshop with ten-year-olds in his native Rotherham for a collaborative software.

Collaboration at all: Treanor, his father, and musicians Jim O’Rourke, Petronn Sphene, and Limpe Fuchs performed at the online music festival CTM. Using special software, they generated music via data packets they sent to each other. Similar experiments by Fell and Treanor can also be found in other contexts on YouTube.

The sonic results can quickly overwhelm. Often the sounds flicker through the brain and leave a bright echo in Treanor’s music and projects. In general: At Treanor there is also no separation of art hall and club. Everything is one here. This can overwhelm and fascinate in equal measure. Artists, audience, and composer are allowed to blur at Treanor anyway, as he told the Guardian: »Imagine going to a club and you’re actually on the drum machine that’s playing – I’d completely love that«. No hierarchies. Only music. In a cosmos of its own, in which everything else merges. 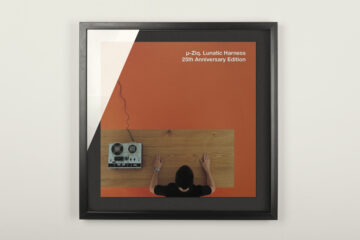 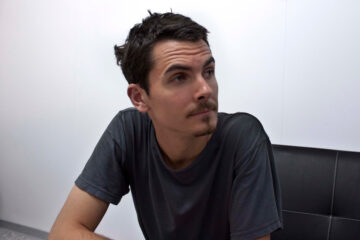 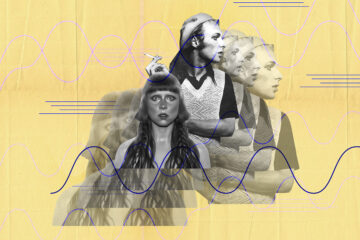 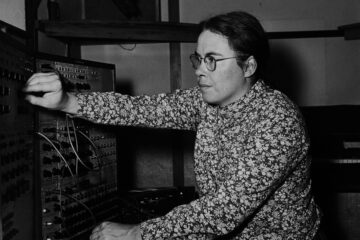 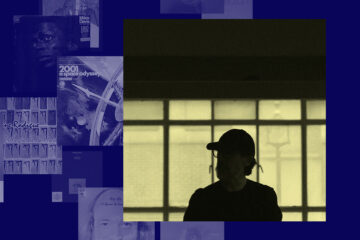 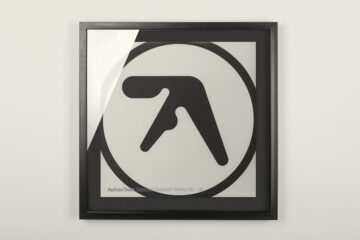