Text Björn Bischoff
The end of the world rolls over the listeners with the first LP »F♯A♯∞« of the Canadian band Godspeed You! Black Emperor. Drones, field recordings, overlong pieces with several parts make the atmosphere tremble. A breakthrough of post-rock, a swan song to the present. Why everything was different after this album.

There are few bands that defy description like Godspeed You! Black Emperor defy any description like this. Which starts with their name, where the exclamation mark has wandered over the years. Which continues with their aversion to the music industry and the press, although here and there interviews have appeared on the Internet, but their gain in knowledge is limited. Which ends with their beginning, which is now no longer the beginning.

On August 14, 1997, Godspeed You! Black Emperor released with »F♯A♯∞« their first album. At first, hardly anyone was interested in it. Which was also because it was initially released only on vinyl. (At the end of the nineties, vinyl wasn’t the hottest medium.) In addition, the record was severely limited. The Canadian band sold it at their concerts. With only the modified (and longer) version on CD one year later the attention started. Reviews in major music magazines followed. The myth began.

Trapped in the Belly of this Horrible Machine

Godspeed You! Black Emperor transferred with »F♯A♯∞« the genre post-rock into a new sphere of sound. Because anger and dynamics carry their tracks. Because the band worked with epic and soulful parts in bigger structures. Because never again has an album summed up its own theme so perfectly as it does here in opener »The Dead Flag Blues«: »We’re trapped in the belly of this horrible machine and the machine is bleeding to death.« Welcome to the worst of all possible worlds – with a decent soundtrack. Charged with symbolism that was impossible to decipher.

Violins and guitars that could disassemble, refute, impose everything, really everything.

No album milled through the souls of its listeners with so much beauty. The band recorded part of the album in the four years before its release. Among them many of the looped stuff and material from the four-track recorder. And even if the band itself denied it: no one got through until then who now belonged to them and who did not. Sometimes they called themselves a collective, sometimes explicitly not. In the beginning the band consisted of three members, in the meantime there were fifteen, then again only nine musicians. The recording of the album itself took place at Hotel2Tango in Montreal in the spring of 1997 – Ian Ilavsky and Don Wilkie, who had just founded their independent label Constellation Records, were at the controls. »F♯A♯∞« became the third release on the label.

A resurrection of music from the ruins of indie rock that had fallen asleep, an album that put emotion above perfection. On »F♯A♯∞« the first trombone of the revelation that Godspeed You! Black Emperor was to write out with all the albums that were yet to follow. Violins and guitars that could disassemble, refute, impose everything, really everything.

What the British director Danny Boyle saw similar. Someone recommended the album to him and right away he was thrilled by this music. So much so that he immediately put »East Hastings« on the soundtrack of his 2002 horror film »28 Days Later«. He told the British Sunday newspaper The Observer at the time about Godspeed You! Black Emperor: » Everybody goes on about The Polyphonic Spree, but these guys are the real thing, in terms of primal orchestral drive, really connecting modern culture with orchestral principles, building, leaving you in places you hadn’t been before.« In general, the whole album was an important inspiration for his film.

Before the release of »F♯A♯∞« the band had released the tape »All Lights Fucked On The Hairy Amp Drooling« in 1994. Limited to 33 copies. It had nothing to do with their later sound, which is why they didn’t want to release it again, they said for a long time. Then a ripped version surfaced on an internet forum and the band responded: In February of this year, they released the tape themselves digitally. The only thing is that the later power that Godspeed You! Black Emperor has been until this day is totally missing.

In one of the not-so-rare interviews, a journalist from the British Guardian once asked the band if people were taking them too seriously. The answer of them: »Probably.« Those who descend with »F♯A♯∞« will see that differently for sure. 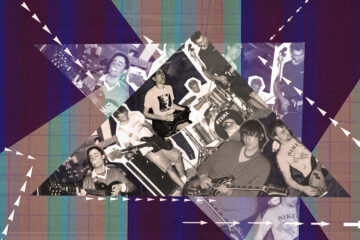 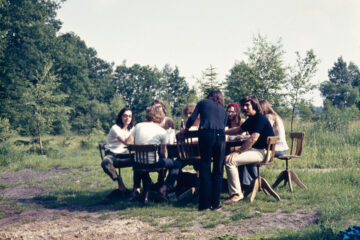 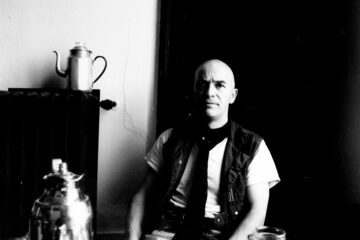 Conrad Schnitzler – In the Midst of Disorder 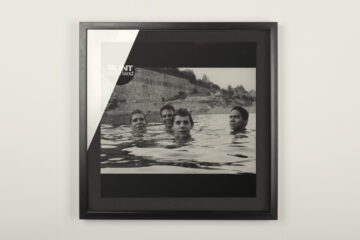 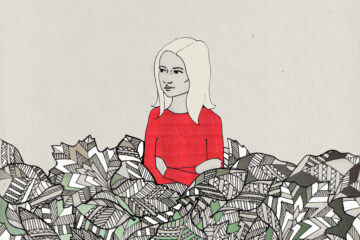 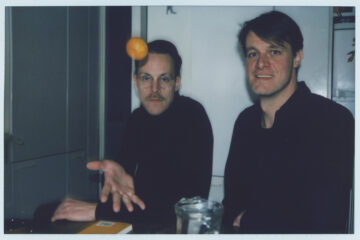