Malcolm Catto of The Heliocentrics – 10 All Time Favs

Text Christoph Benkeser
The Heliocentrics have just released »Infinity Of Now«. The album has the potential to inspire future musicians. Malcolm Catto, however, has first revealed to us the records that have shaped, improved and formed him.

Heliocentrics, The
Infinity Of Now HHV Exclusive Bundle
Madlib Invazion • 2020 • from 29.99€
###
Malcolm Catto:** One of the perks of touring is the chance to seek inspiration in record shops across the world. This is helped if the shop owner happens to like our band as he or she will consequently pull out some amazing records you might have ignorantly skipped past and never have been aware of. One such record is this, whose deceiving front cover resembles an 80s Michael Jackson bootleg. As a band we are always trying to evolve and incorporate our combined influences to create a sound that is the embodiment of us at that particular time. We will often try and achieve a unique sound with the help of production techniques and the sound treatment of familiar instrument to make them sound like something else entirely. One such album was our »The Last Transmission« which was a set of recordings made over several days that saw us jamming together after a long time of bring without a studio and consequently apart. I had been listening to Faust and other examples of unorthodox production styles which inspired me to apply some of those ideas to those recordings. It is rare for us to feel that we have created something that is deeply unlike any other recordings we had heard, but there were moments on that album where we felt we had achieved just that. It was some time later when we were offered some gigs in Japan and while there a Japanese record store owner kindly recommended this album which I was gutted to hear sounded basically very similar to The last Transmission but with better ideas and a way more radical production done in 1975. Back to the drawing board…

Pärson Sound
Pärson Sound
Subliminal Sounds • 2010 • from 48.99€
Malcolm Catto: This box set of previously unissued recordings was recommended by a record store owner in Copenhagen who has supported us since we played in that city with Mulatu Astatke back in around 2010 or 2011. I always find it fascinating how music reflects its environment and the time in which it was made. This is a basic criteria for most music as this is an inevitable part of your everyday existence that will manifest itself through your playing. Sun Ra overcame this inevitability by his unceasing gaze upwards into space and seeking extra terrestial influences on his music. By doing so and concentrating not on the immediate surrounding reality but of the infinite possibilities that lay outside of our sphere he managed to make music that transcended both his surroundings and era. Pärson Sound started out as a Psych band called the Mecki marc men who alongside forward looking bands Fifty Feet Hose and Spleen, released two albums on the standout predominantly electronic music label- Limelight. It is also interesting to see how a small group of musicians/artists can influence so much music from that time. In Hip hop you had the D.I.T.C crew who all contributed to pushing the New York early to mid 90s Hip hop envelope with artists such as Lord Finesse, Showbiz and AG, Big L, O.C. and Diamond D. They all contributed to each others records and created their own scene within a scene. Like Pärson Sound whose members also went onto form Trad, Gras Och Stenar, Harvester and International Harvester All Inspirational bands. Pärson Sounds musicians who although originally part of the Swedish Jazz scene like their German counterparts Can, turned their back on complicated musicality and »chops«. And instead became obsessed in stripping away any superfluous complexity to create something almost primal in simplicity and repetitiveness.. I read that Pärson Sound root concept was to try and make the music standstill a bit like how your breath does momentarily in the cold. This is pre-stoner rock and the Heroin soaked sounds of Spacemen 3 by 20 years. By stripping everything back to the barest essential components and applying a strong concept this band have created their own completely unique style. In a similar vein to God speed you black emperor, the sparse and sometimes painfully slow music gradually descends into an intense cacophonic climax that must have been incredible to witness live. This band in all its various guises have been a huge influence on our music.

You can find the records by The Heliocentrics in the [Webshop of HHV Records](https://www.hhv.de/shop/de/the-heliocentrics-vinyl-cd-tape/p:nYQs4l.) 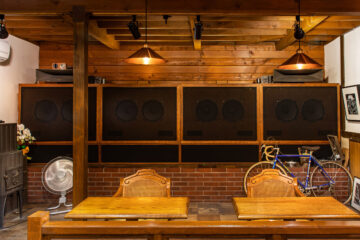 Jazz kissas – Where the music plays in Japan 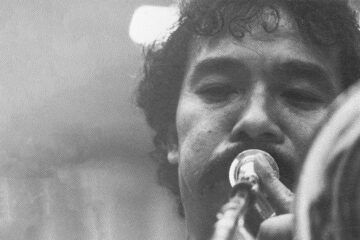